How to Kill Java Thread

How to Kill Java Thread

In this article, we will discuss the clean way to Kill Java Thread, this is necessary to understand as Java had already deprecated Thread.stop() methods.

Oracle deprecated Thread.stop, Thread.suspend, Thread.resume and Runtime.runFinalizersOnExit because of some underlying thread safety issues.  There are few recognized and well-accepted ways to accomplish this and in this article, we will cover 2 approached to Kill a Thread in Java.

One of the easy approaches is to use thread to show if a Thread is running or not and use this flag to take corrective action based on your requirement, here is a sample code outlining how to Kill Java Thread using a flag.

In the above example. we can control execution by setting our running variable to false.In our example, we have used AtomicBoolean for concurrency, in case you do not want to use it (which is not recommended), you need to make sure that Boolean flag used by you in your code should be volatile.

There are a couple of important things in this code block

In the above example, we caught InterruptedException and immediately used Thread.currentThread().interrupt()  to interrupt our thread immediately.This is required since the interrupted flag is cleared once the exception is thrown and it can cause issue in case our code is running in the nested loop.

Just to summarize, Thread.interrupt() is the preferred/recommended way to cleanly Kill Java Thread if you still want to use flag approach you may have to wait for all the blocking operations to finish before you can use your flag based logic.

Java Concurrency is always a complex part of the JDK and working with threads can add more complexity if we are not aware of the inner working mechanism of the JDK. In this post, we covered different ways to Kill Java Thread. We discussed a flag based approach to handle this and finally, we covered the mechanism of interrupting a thread which is known as better and cleaner way to shut down threads in Java.

Formatting with printf() in Java

Introduction: In this article, we will look at formatting with printf() in END_OF_DOCUMENT_TOKEN_TO_BE_REPLACED

In this article, we will look at Java Streams Map method. This END_OF_DOCUMENT_TOKEN_TO_BE_REPLACED

In this post, we will look at the Java parallel streams. Java END_OF_DOCUMENT_TOKEN_TO_BE_REPLACED 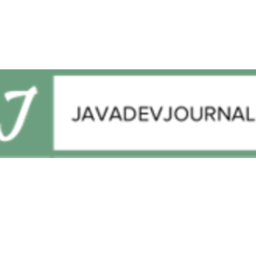